Last week at Ideacity I had the incredible honour of meeting Terry Mosher, the Canadian cartoonist ‘Aislin’ of Montreal Gazette fame.  Mosher is one of those ageless people who exudes life and vibrance– a magical person, a kindred spirit, or a ‘cheetah’, as Fox (@Custardfax) says.

I saw Mosher speak last year, and I was so inspired I rushed to the drawing board/desktop to create a mashup comic I had been thinking about. It was a parallel between Donald Trump and Immortan Joe in Mad Max Fury Road, and particularly Trump’s and Immortan Joe’s followers.

Who Killed the World?

I sent Mosher an email with my comic on the chance that it might be something he’d be pleased came out of his talk.  I never received a response and I figured he gets a lot of mail.  Just hearing his talk was enough to push me to continue developing comics– before then, I had never really given enough credit to the art of the comic.  I’ve been thinking about it ever since.

Last week, I was at Ideacity 2017 and I saw Mosher at registration and pulled up my website to show him the Fury Road piece in person.  He laughed.

“That’s funny!” he said.  Best day ever.  “If I had seen that, I would definitely have written you back.”

He presented me with his amazingly hipster wooden business card and told me to send him some more.  So I did! 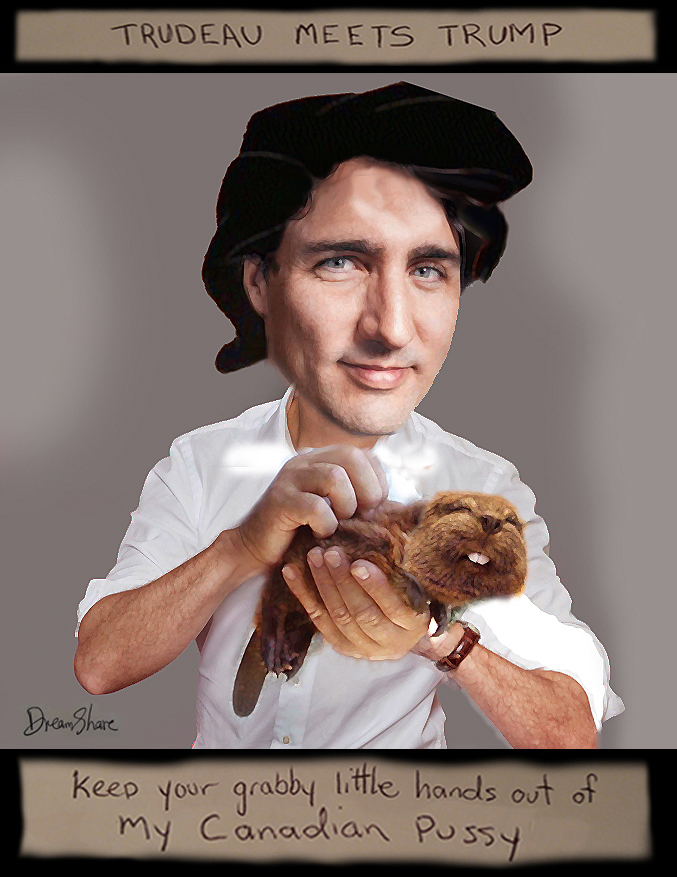 I’m pleased with how this turned out. 😀

Mosher is a really cool and approachable guy.  Humour is maybe the greatest kind of intelligence, so that makes sense.  After the shooting at Charlie Hebdo, Inna Shevchenko talked about how comics are the best kind of protest because they are witty, creative and nonviolent.  I love that.

I’ll leave you with some recent Aislin, a piece about the election debate: